We undertake a range of guided hikes in the South West and it’s amazing the amount of history any one mountain can reveal. We do hikes for  children, youth and adult groups.

Hiking on Irish mountains is always an adventure as the majority of hills and mountains do not have tracks or marked routes. The ground underfoot can be boggy and/or rocky, and the weather very variable.

Below are some of our favourite walks/hikes/treks/mountain runs. 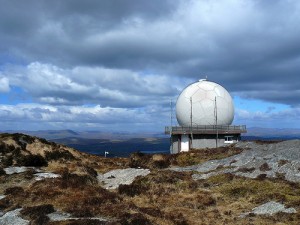 Mt Gabriel is the highest mountain on the Mizen Peninsula at 407m. It is topped by two ‘golf balls’, which are radar domes used by the Irish Aviation Authority for monitoring air traffic and airport surface traffic. The views from the top are stunning on a clear day looking across Dunmanus and Bantry Bay towards the Macgillycuddy Reeks and Ireland’s highest mountain, Carrauntoohil. To the West lies Mizen Head and the Atlantic Ocean beyond. Looking South one sees Schull Harbour and the islands of Roaringwater Bay including Cape Clear, Sherkin and the Calves (the namesake of Calves Week sailing regatta in Schull (http://www.shsc.ie/index.php/calves), and the prominent orange hue of Jeremy Irons’s castle.

There is a road to the radar station but our hikes try to avoid it. Bronze age (1300 BC) copper mines can be found on the Eastern slopes, whilst old barite mining tunnels to the North can be explored with a torch, making for a real adventurous hike.

Cnoc Bui, the highest mountain in Co. Cork at 706m, can be hiked from different directions including Priest’s Leap. One can experience true isolation when up along the slopes of the mountain, or on the shores of some of its mountain lakes. We undertake circular and cross hikes in this area and Gaisce trips. Mountain lakes, rivers, bog cotton; lizards and frogs if we are lucky on warm sunny days. The best lakeside picnic.

We can offer a range of short to medium length walks at various locations through out the peninsula including the magical Three Castle Head where the remains of a 15th century castle stand sentinel beside a cliff top and a lake, Brow Head with its 19th century signal tower and the remains of a vibrant mining community, and Castlepoint, home of a 400 year old  castle belonging originally to the O’Mahony family.

The Sheep’s Head has a series of waymarked walking and cycling routes, including a number of circular routes. The Sheep’s Head won the European Destinations of Excellence (EDEN) in 2009. Being along a narrow peninsula one is always looking at the sea and the coastline, with its craggy cliffs and small bays and inlets. There is plenty of ancient history along the peninsula with holy wells, promontory forts, castles and caves. the Sheep’s Head is an excellent destination for the Gaisce bronze and silver adventure journey.